Anyone who loves coffee knows that the key to a truly remarkable cup of joe is really in the beans. After all, it’s the flavor and chemical makeup of the beans themselves that give you the distinctive taste of your favorite coffee. No brewing technique can genuinely make up for bad beans, but great beans can make any brewing technique more effective.

But what about when you open a brand new bag of coffee beans and see a bunch of shiny, oily beans instead of the typical matte black or brown? Is something wrong?

If you’ve ever been a barista, you’ve probably looked into a bag of oily beans in despair. But are oily coffee beans the problem many baristas think they are, or are they just like any other coffee beans?

I’ll explore everything you need to know about oily coffee beans, from what the oils tell you about their flavor to how you can use oily coffee beans to make a fantastic tasting cup of coffee. Let’s get started! 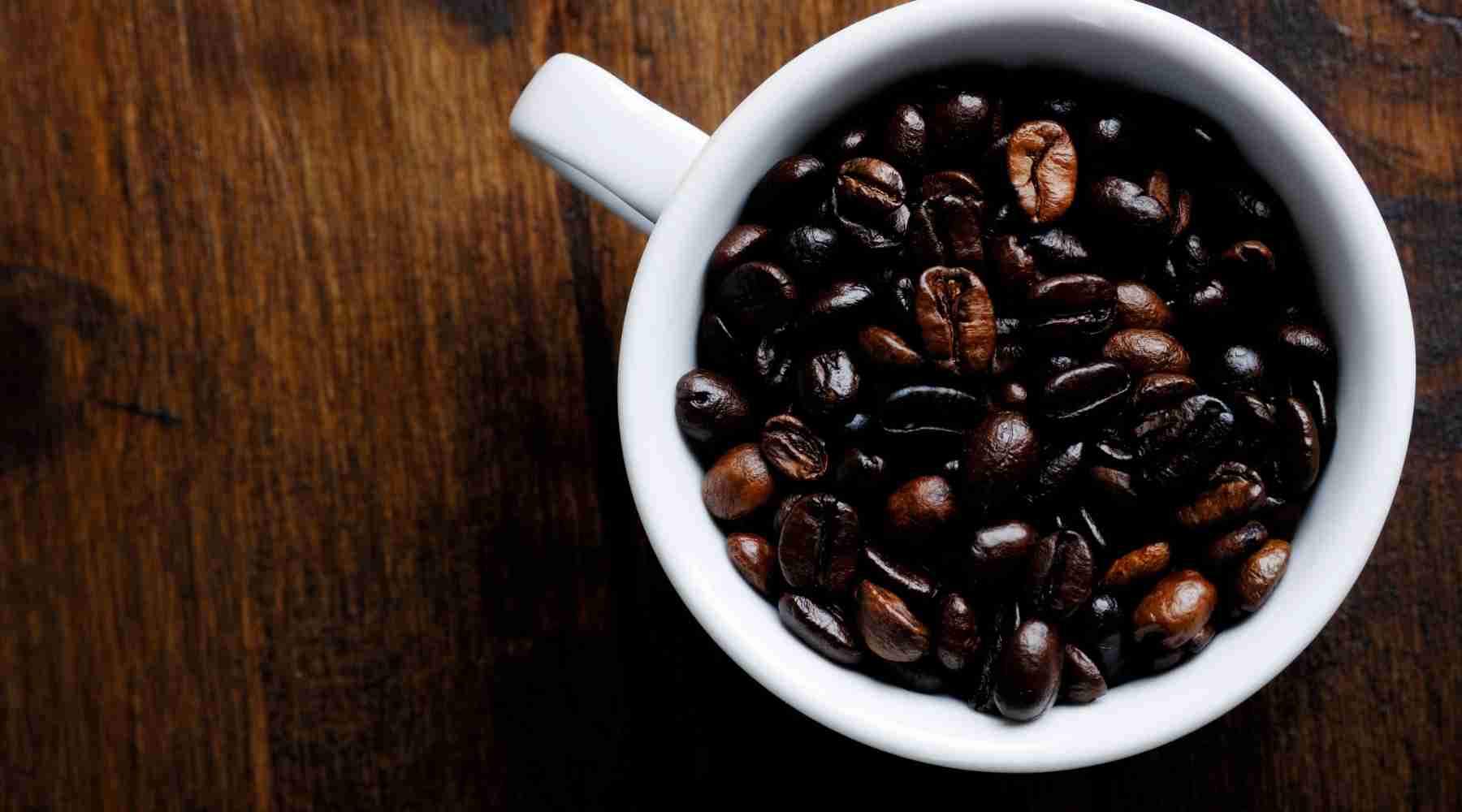 What Are Oily Coffee Beans?

The first thing you need to know about oily coffee beans is why they get oily in the first place. The oils coating your coffee beans aren’t some mystery preservative or something the producers added to change the flavor or make the coffee beans last longer. Instead, the oils on some coffee beans are natural coffee oils that have just come out to the surface.

Those coffee oils exist in all coffee, not just the coffee beans that look oily. That’s important because coffee oil is one of the best sources of flavor in the coffee and helps preserve the beans’ flavor in storage.

But not all coffee beans will get oily, even if you give them a chance. Only dark roast coffee beans are likely to look oily. That’s because dark roasted coffee beans are more changed than lighter roasts, and the roasting process releases more of the oils, creating a bold coffee flavor.

Oily coffee beans have a bad reputation among the coffee community, despite being a natural by-product of the roasting process for dark roast coffee. The truth is that oily coffee beans aren’t bad, but they can go bad just like any other coffee bean.

The oils contained in coffee can go rancid, just like almost any food oil. That rancid smell can be a lot more evident with oily coffee beans than other coffee beans, but all coffee beans can go stale or rancid if you keep them long enough.

Oily beans also aren’t a sign that the coffee will taste bad, contrary to some popular opinion. There aren’t many reasons to avoid oily coffee beans if you’re looking for a robust coffee flavor. If you like a very dark roast coffee, you should probably get used to the oily sheen on some coffee since it’s shared with darker roasts.

There are a few key differences that make some coffee beans oily and others not. The most critical factor is usually the coffee roasting process. How long the beans roast and what temperature, along with other details of the roasting process have a significant impact on the finished flavor.

The difference between an oily coffee bean and a non-oily coffee bean is also often a matter of time. The oils in coffee beans aren’t released right away, even when they’ve been roasted in a way that releases the oils. Instead, they’ll slowly ooze out of the beans over a matter of days and weeks.

So not all dark roasted coffee beans will be oily, but most dark roasts will eventually become oily over time. A dark roast bean that isn’t oily might be a fresher bean, but that doesn’t mean it won’t get oilier in storage. 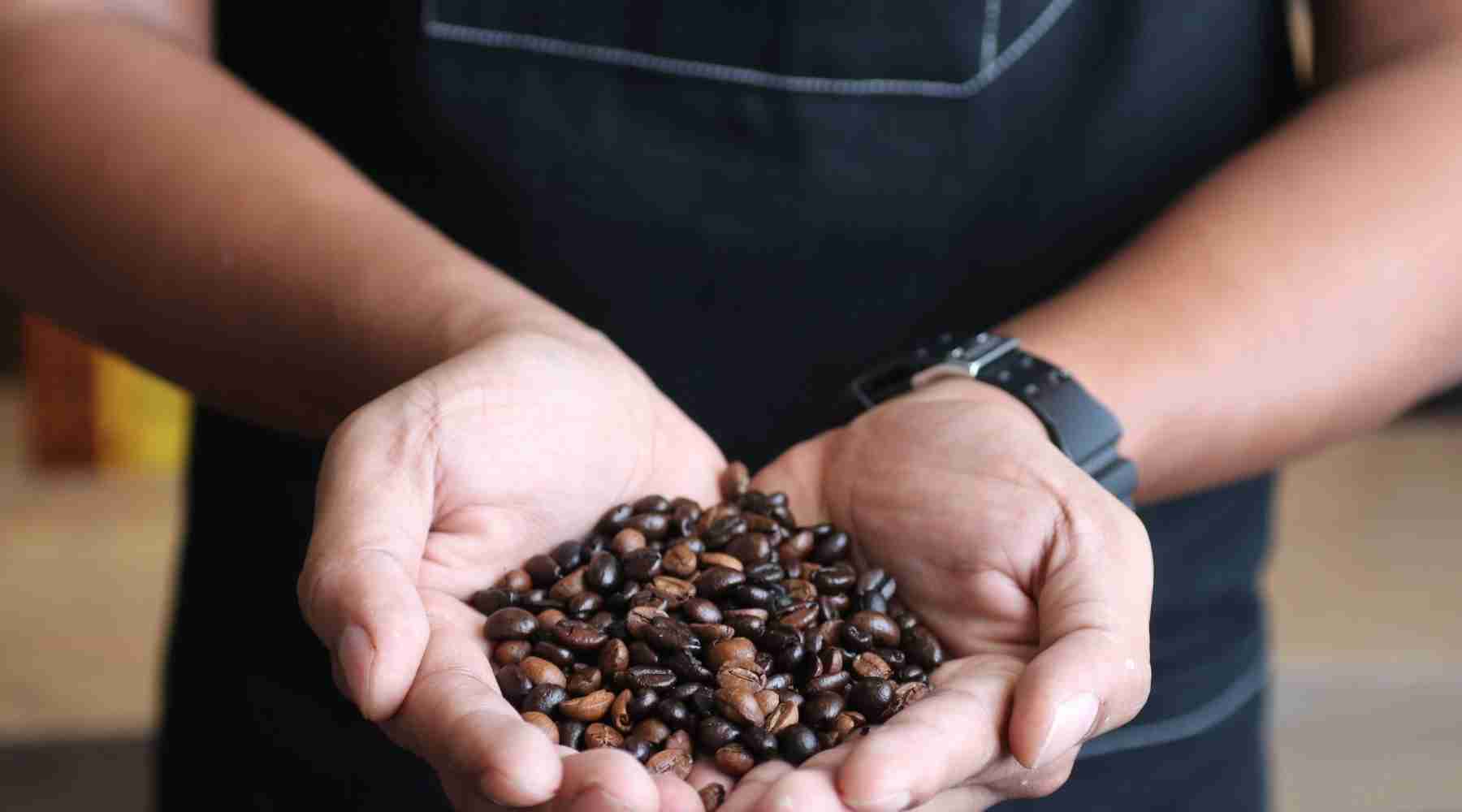 How Do Oily Coffee Beans Taste?

When it comes to coffee beans, roast matters. The roasting process that creates oily beans, which is also used to make very dark roasts, is the single biggest thing that determines the flavor of oily beans, other than the bean type.

Like most dark roasts, oily beans usually taste slightly bitter and have a stronger smokier flavor than medium roasted coffee beans. Some of the changes in taste are because longer roasting times change the original composition of the coffee beans more than shorter, cooler roasts.

Those changes are one reason that medium roast coffee beans actually have more caffeine, even though the flavor isn’t as strong.

Coffee roasters carefully calibrate the roasting process for the kind of bean they have and the kind of coffee they want to produce. Over roasted beans are very bitter and don’t have the delicious coffee flavor most people enjoy, while lighter roasts don’t have as much coffee flavor or feel as strong but contain significantly more caffeine.

When Do Oils Surface In The Coffee Bean?

Predicting when oils will surface in your coffee beans isn’t very straightforward. After all, sometimes the coffee beans are already oily the first time you open the bag. Others will take a few weeks to become oily, if they ever do.

Surface oils are more common in older coffee beans since the oils have had more time to slowly work their way out of the beans. But, darkly roasted coffee beans release the oil at different rates. Also, different kinds of beans might have more oil than others, increasing the odds that they’ll have an oily surface within a couple of weeks of roasting.

Oily beans can be a sign of stale coffee, but usually, darkly roasted bean batches will start to have shiny beans long before they start to go stale.

So, while you can’t really predict when coffee beans will develop an oily surface, there’s not really a reason to avoid oily beans, and while coffee oil can be a sign of age, it doesn’t mean that the coffee is too old to make the perfect cup.

Light roast coffee tastes less robust because of shorter roasting times at a lower temperature. If you go to a coffee tasting, you’ll probably notice that lighter roast coffee tends to be lighter, sweeter, and less pungent.

That’s because those pungent flavors are a product of the roast as much as the coffee bean.

Medium roast coffee, which is the roast most experts recommend as being the best blend of the natural flavors of the coffee bean and the benefits of good roasting, tastes more pungent and has more bitter and smokey notes, as well as usually having a nuttier or fruitier taste depending on the type of coffee used.

Dark roast coffee tends to be much more bitter than the other two, something that brewing methods can’t eliminate. They also tend to feel heavy and are the opposite of a light coffee. Many coffee drinkers don’t like dark roast coffees because the beans have fewer of their natural sugars and may develop an unpleasant aftertaste.

That’s one reason you might be advised to avoid oily coffee. People know they don’t like the darker taste of dark roast but don’t know that the problem is roasting technique, not oils. Light roast and medium roast coffee contains the same oils, but also more of their natural sugars and other taste components.

How Roasting Changes The Chemical Components of The Coffee

The main thing you need to know about how roasting changes coffee is that it does and that sugar is one of the first things to go in dark roasts. Light roast coffee maintains a lot of its original sugar and caffeine, but the longer and darker you roast the more of those components are lost.

That’s part of why coffee roasting is such an art. Too little roasting and the coffee may taste weak, even in fresh coffee. Too heavily roasted and the coffee will taste burnt and bitter, and won’t have as much caffeine.

Roasting also changes the taste profile in other ways, beyond just eliminating sugars and caffeine. That’s important to note because it’s part of why different coffees react differently to roasting, and why you might not see a light roast version of your favorite coffee, or why others might only be available as a medium roast.

Coffee roasters are looking to create a very specific curated flavor. A coffee bean that doesn’t meet that profile with a specific roast probably won’t be roasted that way.

Should You Brew Coffee From Oily Beans?

Baristas have a few reasonable reasons to dislike oily coffee. For one thing, it makes the coffee grinding and brewing machines a lot harder to clean. Worse, if you don’t get the machines clean enough, the oil will eventually go rancid. Rancid oil does not make for a good cup of coffee, which means oily roasts can be the bane of a good coffeehouse blend.

Why An Oily Coffee Bean Might Have A Bad Reputation

Oily coffee might have a bad reputation for another reason. The oils in coffee can leave residual oil on almost anything you use to make the beverage. That includes grinders, carafes, coffee tins, everything. Even your french press, a favorite brewing method of many coffee drinkers, can get an oily sheen and may suffer from changing taste.

But there’s another problem, one that has more to do with how coffee machines work.

Oily Beans And Coffee Grinders Can be A Bad Combination

Coffee grinders and other machines are an important part of making coffee and keeping it fresh at the same time. That means that most people care about their grinders. But oily beans and coffee grinders do not get along.

That’s because oily coffee may produce seep oil, which is just oil that starts running away from the coffee beans. Seep oil can get into the machine components, changing the way the machine operates and even breaking it.

If the oil gets into the wrong machine components, for instance, you might short the circuits or burn out the motor.

So, if you note an oily sheen on your coffee, it’s probably better to stick to a non-electric hand-grinder you can clean thoroughly between uses.

So, if you’re looking to make coffee in an espresso machine or mostly use espresso machines instead of regular coffee makers, stick to medium roasts instead of dark roasts that can go oily or make sure to clean your machine more often to reduce residue buildup.

There’s nothing wrong with oily coffee beans as long as they are fresh and the roast you desire.